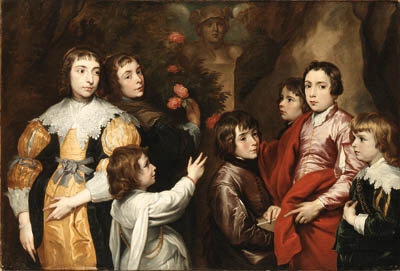 M, #407304
Last Edited=10 Feb 2013
Robert Coningsby is the son of Humphrey Coningsby and Blanch Corbett.1
Was this Robert Coningsby, the one who is mentioned as being a monk at the Monestry of Humberston:-

British History on Line
The Victoria History of the County of Lincoln
17. THE ABBEY OF HUMBERSTON

The abbey of Humberston was founded probably during the reign of Henry II by 'William son of Ralf, son of Drogo, son of Hermer;' (Footnote 1) a son, that is, of one of the farmers of the crown lands in this part of Lincolnshire, and a descendant of the Domesday tenant of Humberston, who held under No Tailbois in 1086. (Footnote 2)
This abbey was distinctly stated to be ' of the Order of Tiron,' in the fifteenth century, (Footnote 3) but the records of Tiron do not name it among the daughter-houses existing in 1516 or earlier. (Footnote 4) Nor is there any evidence in the documents relating to Humberston itself that it was in any way dependent upon a foreign superior, as were the abbeys of St. Dogmael and Selkirk, of this order. (Footnote 5) The bishop of Lincoln in 1422 said that the monks of Humberston took their origin from St. Mary's, Hamby (diocese of Courances), (Footnote 6) but implies at the same time that they wore a different habit from other Benedictines, as the monks of Tiron are indeed said to have done for some time. (Footnote 7) The abbey was never taken into the king's hands as an alien cell.

The monastery was never a rich one, and probably could not at any time support more than about a dozen monks; in the fifteenth century there were only ten, and at the dissolution four. There are but a few scattered notices referring to its external history. In 1203 the abbot secured the advowson of the church of Waithe in a suit with Ingram and Robert sons of Simon. (Footnote 8) In 1305 the monastic buildings were reduced to ashes by a great fire, and the brethren were obliged to beg alms before they could rebuild them, (Footnote 9) and had to sell the advowson of one of their churches to the prior of Holy Trinity, Norwich. (Footnote 10) The last abbot, Robert Coningsby, signed the acknowledgement of supremacy in 1534, with four monks and a lay brother. (Footnote 11) In 1536 he received an annual pension of £5, (Footnote 12) and three monks had 53s. 4d. divided between them, to provide them with secular clothing, besides their arrears of ' wages,' amounting to 331. 4d. (Footnote 13)

S. of Richard Coningsby of Leominster by Matilda (da. and heir of John Furnivall of Glos m. Eleanor. da. (or half sister.) of Thomas Hakluyt,
5s. inc. Thomas 11, 3da.

Coningsby doubless owed his return to his first cousin Humphrey Coningsby 1. steward of the Manor of Leominster at the time of the elections, who in his will left a 40s. anuity to his servant Thomas Coningsby. Little has been assertained about him. It was probably he, rather than his namesake Humphrey Coningsby’s son, who did not come of age until 1571, who in 1567 leased the site of Leominster Priory and property at Ivington, Herefordshire, formerly held by Humphrey.2

M, #407309, d. circa 1591
Last Edited=23 Nov 2009
Richard Coningsby was born at Harksteed, Suffolk, EnglandG.2 He was the son of Richard Coningsby and Maud Furnewell.2 He died circa 1591.3,2
From an extract about Juliana coningsby by Sophia Rawlings

This John Cockes's sister Anne was the mother of William Barnesley who married Anne Coningsby. His brother Christopher Cockes was at one time ambassador in Russia, and this may account for the presence in Russia in 1634 'in the service of his Imperial Majesty' of Captain Richard Coningsby who might have been Anne Coningsby's brother.2 Reference: 90.2